New regulatory filings for an unknown HTC Vive headset have appeared at the US Federal Communications Commission.

Since the confused introduction of HTC’s Vive Cosmos headsets earlier this year the company has been laying low on the hardware front while Facebook has stolen much of the spotlight with Quest 2.

But HTC looks to be readying some new headset offering; Road to VR has spotted documentation for a headset not previously seen at the FCC.

The FCC is tasked with certifying products with electromagnetic emissions to be safe and compatible with regulations. Products utilizing radio, WiFi, infrared, etc. need certification before they can be distributed for sale. Certification by the FCC marks one step closer to the launch of consumer electronics product.

Documentation for the new headset, which goes by the FCC ID 2Q9R100, was submitted in September but only made public in the last week. Test report filings indicate that HTC sent the product to a lab for testing in August.

Though it’s that clear the filings refer to a Vive headset from HTC, exactly which headset is not clear because the company has requested confidentiality of key filings (as is common). Luckily we’ve been doing this long enough to make some good guesses.

As far as we can tell, this is a “new” Vive headset from HTC, at least as far as the FCC considers a product “new,” which could include outwardly minor changes to existing products—for instance, a version of Vive Focus (HTC’s standalone VR headset) with a new processor.

Indeed, some new version of the Vive Focus is our best guess for now; compared to filings for prior versions of Vive Focus, the latest filings include the use of the same block diagram to indicate the position of the FCC label on the product. 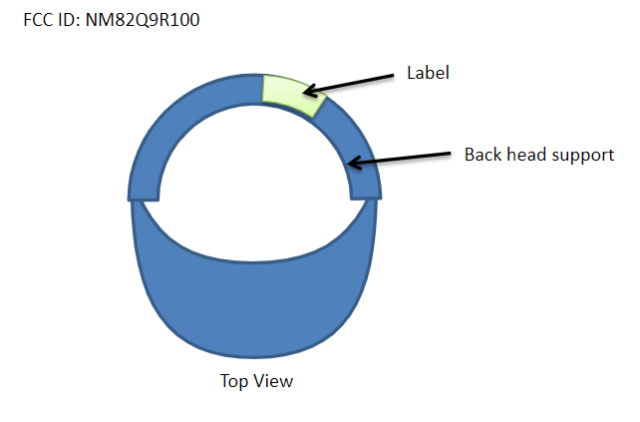 A version of Vive Focus updated with a newer Snapdragon XR2 chip seems like a reasonable bet, and aligns with other evidence spotted last month. Maybe they’ll add some new controllers while they’re at it?

And while the filing could conceivably cover a previously announced but unreleased version of Vive Cosmos—like the Cosmos Play or Cosmos XR—the indicated location of the FCC label doesn’t line up with the label placement on the Cosmos headsets so far.

But there’s another possibility; though less likely than a revision of Vive Focus, it’s possible that the filings refer to HTC’s next-gen standalone headset, Vive Proton, which the company teased earlier this year. We’ve reached out to the company for comment on the new filings.

Quest 2 has been the talk of the town as of late, but hopefully we’ll soon find out what’s up HTC’s sleeve.

The post An Unknown HTC Vive Headset Has Appeared in New FCC Filings appeared first on Road to VR.